The UPM Paper Mill Strike: Why It Matters

The supply chain issues have been a continuous tightrope walk for the last 2 years.

Supply shortages, fulfillment delays, ever-extending lead times, price increases – you name it, we’ve been teetering on the edge with it.

While inconvenient and limiting, the situation wasn’t the absolute worst it could be. 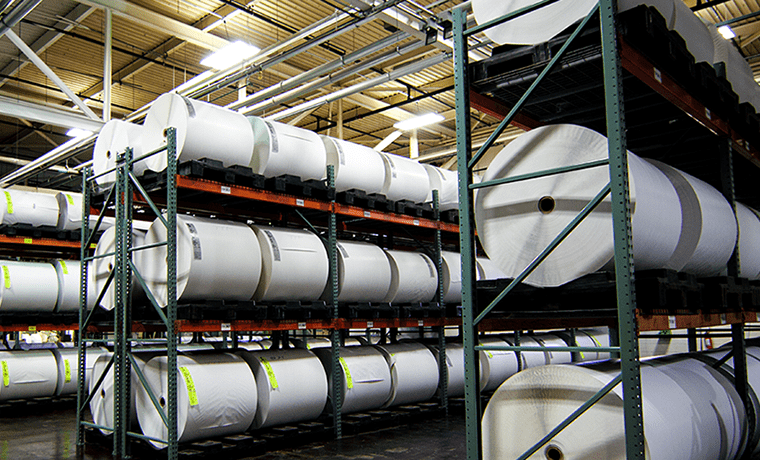 With suppliers unable to catch up from the previous year’s issues, the last thing the self-adhesive label industry needed was yet another chaotic event to tip the scales.

In the case of the recent paper mill strikes happening in Finland, the scales may go from tipped to broken.

This article contains the details of the paper mill strikes and how they can gravely affect the current supply chain climate.

The Strike Heard Round the World

UPM Biofore is one of the world’s largest papermakers. So when news circulated of a strike at their Finland mills, it was met with feelings of dread and panic.

Especially with the supply chain still in recovery mode.

The Finnish Paperworkers’ Union issued a strike to UPM on January 1, 2022. They cited a proposal for a new collective labor agreement along with wages and working conditions.

The strike affects the following mills:

UPM is seeking to negotiate 5 separate contracts for employees of these business groups. This would break traditional negotiations of one collective agreement for the entire company.

Negotiations have been underway for weeks with no resolve.

In the meantime, the continued shutdown of these mills has further impacted already tight conditions happening with the supply chain.

Imagine adding gasoline to a mountain-high bonfire that’s been burning for 2 years straight. That’s where things are at right now.

It’s the perfect storm of everything bad that could happen. And the consequences could be severe.

The latest news puts the strike as extended through March 12th unless an agreement can be reached beforehand.

A Threat to Finlands’ Ports

The saying goes “when it rains, it pours.” But I imagine the current situation is more like being pelted by a colossal waterfall.

Another Finnish trade union is warning of an imminent strike on the horizon.

Simply put, they refuse to touch any UPM products coming in or going out.

The blockade began in support of the Paperworkers’ Union. Additionally, AKT commenced an overtime and shift swap ban on February 1, 2022.

However, disputes regarding the adjustment of salary levels further sparked disagreements between the AKT and the Finnish Port Operators Association.

As a result, a strike warning was issued and is due to start February 14, 2022 if no agreement is reached.

So how does this situation add to the chaos?

The strike affects stevedoring work, or the loading and unloading of cargo, in all Finnish ports. It shuts down the port in its entirety.

No goods are being received and no ships or trucks are being loaded or unloaded.

This is dangerous when you take into account the bottleneck situations still occurring in major ports around the world.

It further delays delivery times and, ultimately, contributes lasting damage to the recovery of the supply chain.

Update: As of February 9, 2022, a new collective agreement between the AKT and Finnish Port Operators Association has been reached. This agreement begins immediately and will be valid until January 31, 2023.

The overtime and shift work ban ends immediately, along with the threat of a strike, which will end on February 14, 2022.

If all of this is happening to the labeling industry, why should you care?

Simple: everything you buy uses labels.

Print plays such an important role in day to day life. Think about the foods you buy, the packages you receive, the instructions printed on your medicine bottle: all of these components (and more) require labels.

These shortages don’t just affect the label and printing industries: they affect you, the customer.

A shortage of labels could cause severe damage to economic recovery. And Europe is in the midst of experiencing this right now.

Several European associations are desperately urging UPM to settle before it’s too late.

The European association for the self-adhesive label industry (FINAT) is urging the parties to resolve for the sake of label production.

As representatives of more than 1,000 label producers, they warn of the detrimental impact the strike will have for the label value chain, economy, and societies.

As they state, the shortage of paper for release liners and label facestocks could result in a “chain reaction…with far reaching repercussions.” This would affect:

All of these ultimately affect the well-being of 500 million European consumers.

One major industry association begging for resolution is bad. But two means the situation is indeed dire.

Intergraf, the European printing industry association, urged UPM to quickly settle the strike in the company’s press release on February 7, 2022.

As an advocate and representative for the European printing industry, Intergraf recognizes the danger a prolonged strike can have on both the economy and supply chain as well as the final customer.

Member feedback claims that currently “40% of the paper needed from mid-February onwards cannot be obtained.”

Intergraf warns that the current paper crisis will “have severe repercussions in the supply of print products for all economic markets.”

So what would these repercussions look like? Let’s break it down. 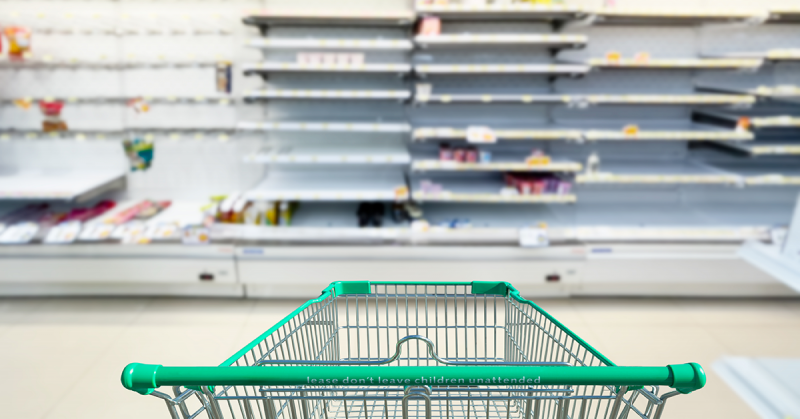 The continuance of the strike could lead to a supply chain standstill, jeopardizing the entire economy.

A shortage of labels means products consumers like you and I rely on (food, medicine, household products, etc.) cannot be labeled or packaged. Therefore those products cannot be put on the market and sold.

As a result, severe shortages of many products could be in the foreseeable future.

But it’s not just shortages we have to worry about.

Delays in delivery times are already exceeding several months, and we can expect them to only grow worse. Inflation costs across all segments of the supply chain will rise (more than we’ve already experienced).

As FINAT states, if the strikes continue even beyond mid-February, it could cause “severe damage to the European economic recovery.”

The recovery of the supply chain will no doubt be damaged by the UMP strikes.

While the European economy will feel the immediate effects, it won’t be long before the repercussions extend into the US markets.

Companies must be prepared (even more than before) for further disruptions that will greatly affect them, their customers, and the industry as a whole.

Join Our Newsletter!
Go to Top